Karuizawa is situated at the foot of the active volcano Mt. Asama in south-eastern Nagano prefecture. It is on a plateau at an altitude of 1,000m and surrounded by Mt. Asama, Mt. Hanamagari and the Usui-toge Pass. It has thrived as the most popular international summer resort in Japan since the late 19th century because of its cool summer and the breezy environment with many larches and birches.

Karuizawa was ôdiscoveredö by a British missionary Archdeacon A.C. Shaw. The natural beauty and fresh air reminded Shaw of his home in Scotland and in 1888 he built a small vacation home in a Kyu Karuizawa town of Daizukayama and introduced the area to other missionaries and Japanese intellectuals that he knew. Soon churches dotted the area and more vacation homes were built for Westerners, tycoons, literary people and artists.

In the late 1950s, however, Karuizawa's future was assured when the nation was informed that the Crown Prince (now the Emperor) was engaged to be married and that the young couple had done much of their courting on the tennis courts of Karuizawa. That began a non-stop boom for Karuizawa and its tennis, golf, and besso (country villas).

Karuizawa was the favourite of John Lennon, who spent the last four summers there before his assassination. Lennon loved Japan and Karuizawa in particular.

A great deal of hard work by the committee and members of the MG Car Club Japan Centre resulted in a well-organised event on a bright autumn day. Set in the grounds of the Kajima No Mori Hotel, the beautiful autumn colours made a perfect backdrop for a stunning display of 54 MGs of all types and ages.

All but one of the cars on display were driven to Karuizawa, some from as far away as Kyushu, 700km. Many of the other MG car clubs in Japan were represented and all entrants and club members voted for the best cars in the various categories. The overall winner was Mr Tomihiro Hibino from the Nagoya MG Car Club with his perfectly presented ZA Magnette.

The cars on display included -

It was interesting to note that many of the cars were LHD (Japan drives on the left, as per the UK). There are various reasons for this including the fact that many were imported by the US forces in the 40s, 50s and 60s and subsequently sold to local people. Of the MGBs on display, many had Weber or Dellorto twin-choke carbs (SUs are a mystery to Japanese mechanics!) and on the LHD models, the clearance between the carburettor and the brake master cylinder is only a few millimetres. One MGB in particular was very impressive; owner Mr ôTedö Hayakawa has taken a 65 roadster and improved it tremendously by adding electronic fuel injection, RV8 front crossmember and brakes, new leather interior etc. The list of features is very long and with Tedĺs permission, I will write a report on his car for a future issue.

An evening party finished off a perfect day and Michael Card from the MG Car Club UK presented a special award to the MGCC Japan Centre for the occasion of their 40th anniversary. Mike very bravely made his short speech in Japanese which was much appreciated by all.

On Sunday 9th November the MGCC Japan Centre held a lunch to celebrate its 40th anniversary at the Blue Point restaurant in Shiroganedai, Tokyo. Most members attended including the founder, Mr Hideo Nishihata. Many years ago Nishihata san was the Japanese importer for Morris, long before the days of BL. Many of the founding members spoke to the group and related some of their early motoring experiences in Japan when British cars of all types were very common.

Following an excellent lunch I took a short subway ride to Tokyoĺs best British pub, The Tavern in Meguro, and watched 2 of the Rugby World Cup quarter finals on the big screen. Itĺs tough in Tokyo!

David Boniface
(David Boniface is the Sales Director of the Japanese subsidiary of a British software company supplying the retail automotive industry and has lived in Japan for 5 years. He owns an Oxford Blue RV8 and is a member of the MGCC Japan Centre, the MGCC UK and the MGOC).

A fine selection of pre-war MGs. 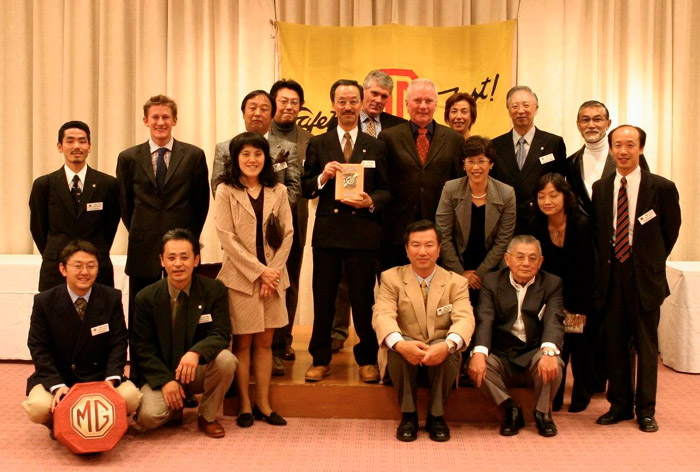 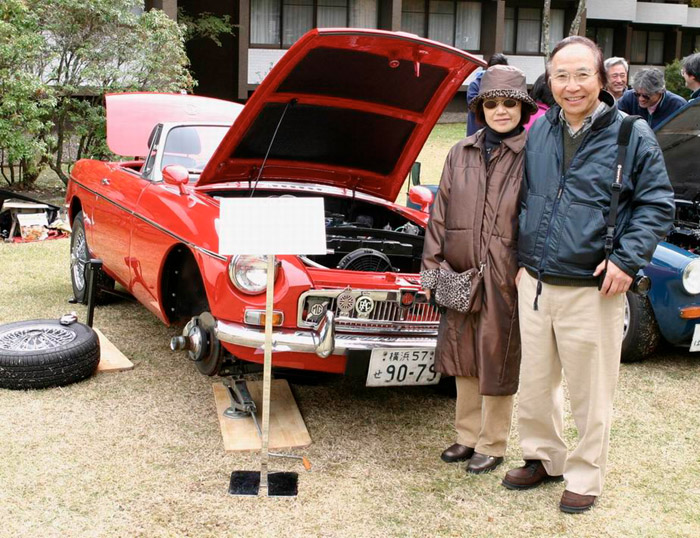 Ted Hayakawa with both the loves of his life! 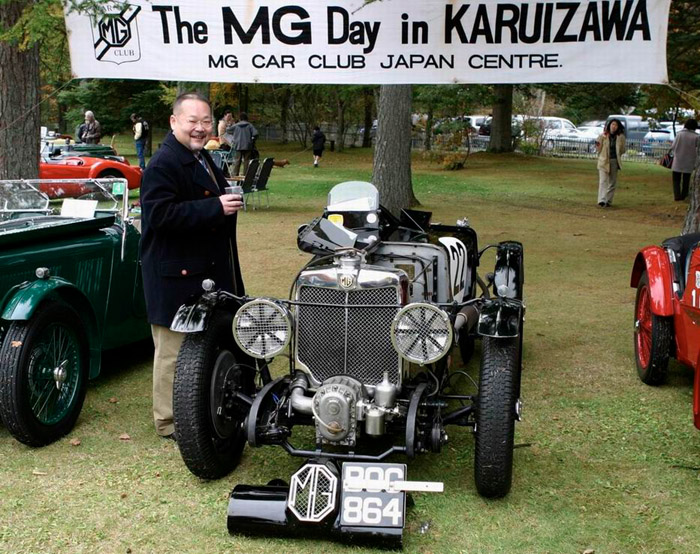 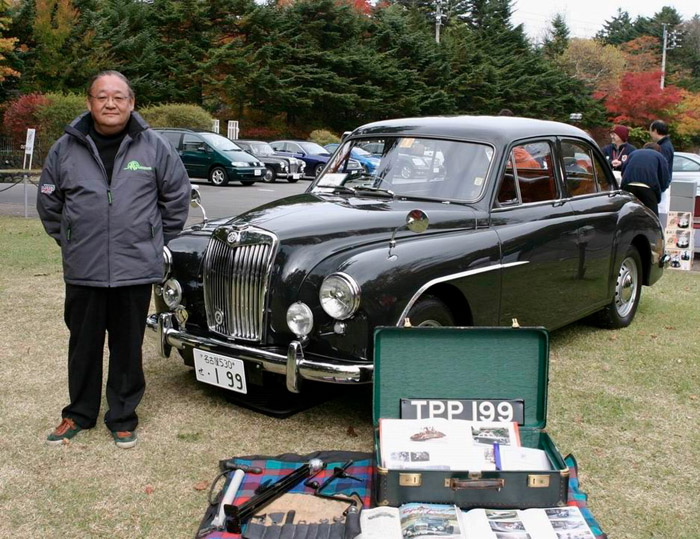 The overall winner, Tomihiro Hibino, with his ZA Magnette 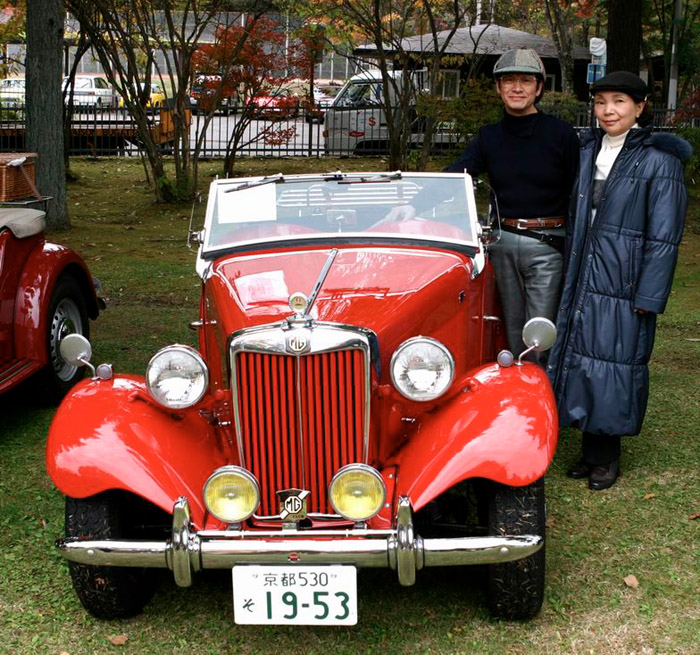 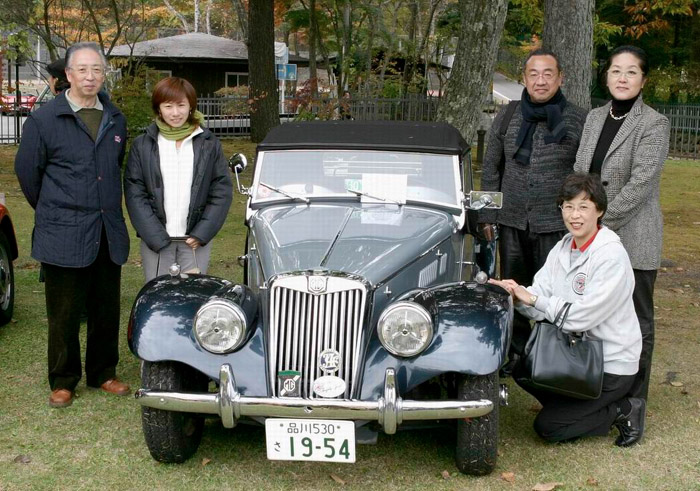 Teriyuki Kodama and family with his lovely 1954 TF 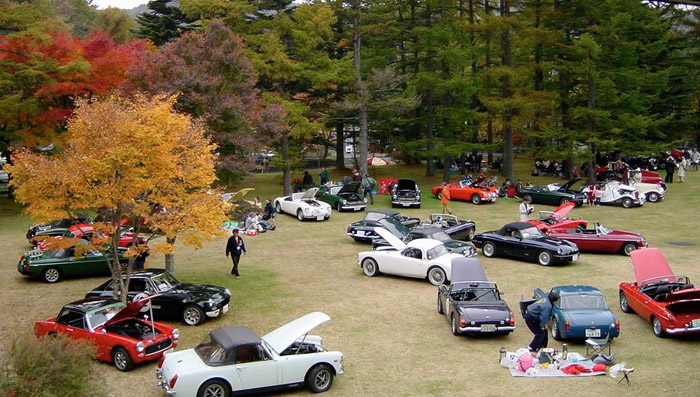 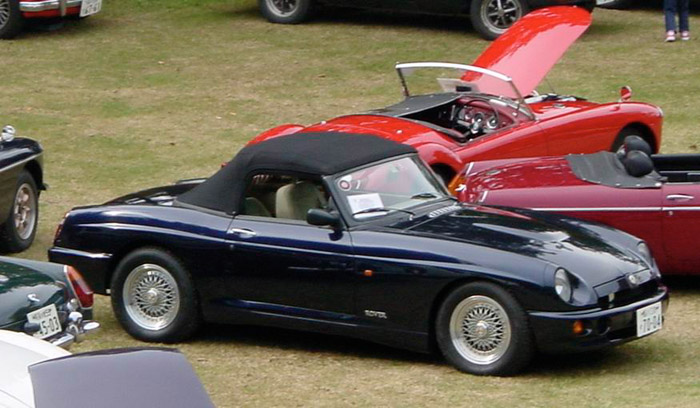 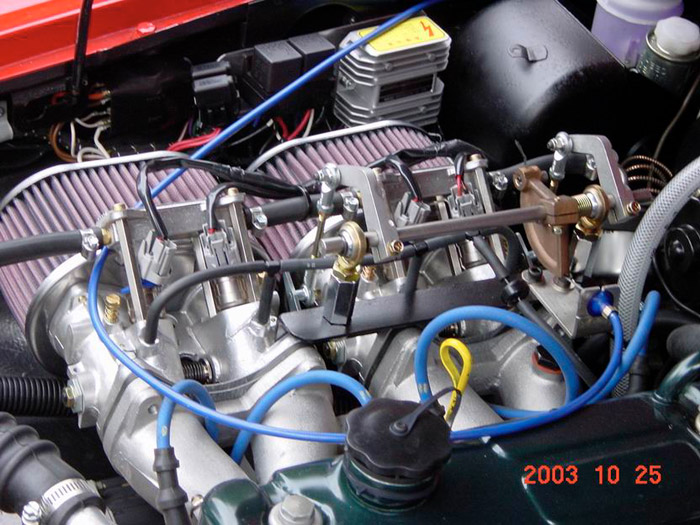 Beautifully engineered linkages on the EFI of Ted Hayakawa's MGB 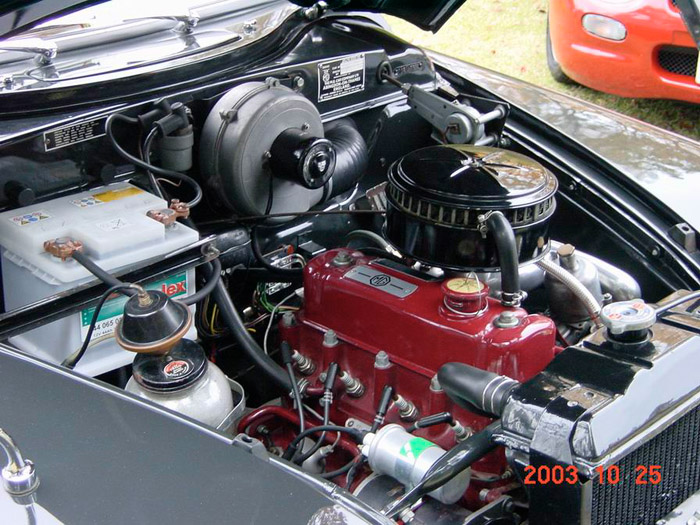 Under the bonnet of the prize-winning ZA 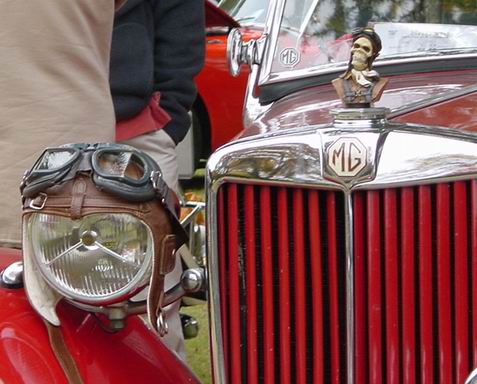 Put your own caption on this one! 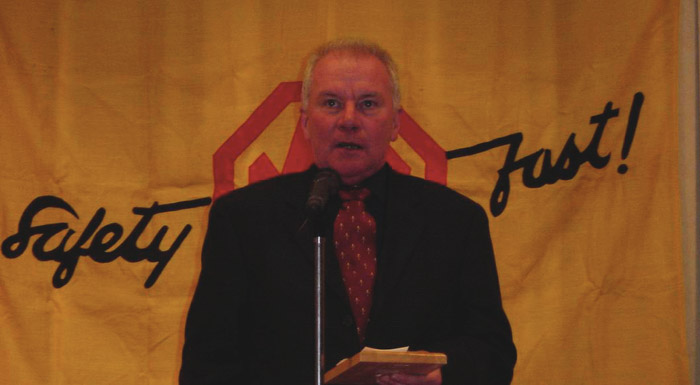 Michael Card making his speech in Japanese before awarding a plaque from the MGCC UK to the MGCC Japan Centre to mark the occasion of its 40th anniversary.